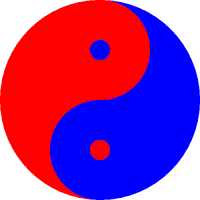 I was very happy to hear about the LDS church's recent hearty approval of Salt Lake City ordinances that guarantee non-discrimination in housing and employment for LGBT people of that city. I'm now especially hopeful that last year's saddeningly rapid demise of the Common Ground Initiative will be reversed this coming year, especially with Elder Holland giving a measure of support to the idea that common-sense anti-discrimination laws would be a good thing to adopt statewide.

The liberal side of the political world was glad to hear about the Church's public stance, though many decided to see it more as damage control/PR/too little too late (one sterling exception was Andrew Sullivan--a man who has been a gay-marriage advocate for two decades).

But the most intriguing aspect of the recent news, to me, was the reaction from conservative groups like the Sutherland Institute, a Utah-based organization with primarily Mormons as members. The Sutherland Institute was one of the main opponents of the Common Ground Initiative last year (watch a great debate between them and Equality Utah at the latter's website). They released a statement after the LDS Church came out in support of the gay-rights ordinances, saying

As a public relations opportunity, the LDS Church’s statement before the Salt Lake City Council may assuage the minds and soften the hearts of advocates of “gay rights” in Utah. As a policy statement, it is problematic.

The statement goes on to argue that including terms like "sexual orientation" and "sexual identity" in laws leads onto a slippery slope that makes it easier for judges and lawmakers to legalize gay marriage. In addition, Gayle Ruzicka, leader of the conservative Utah Eagle Forum and member of the LDS Church, said "We expected the church not to have a problem because they've been carved out of it. The rest of us have not been carved out of it," and that the ordinances "discriminate against people who have personal religious beliefs."

I find these disagreements intriguing because I know many Mormons who disagree with Prop 8 in California and have their commitment to Mormonism questioned for not agreeing with the Church. Harry Reid (who is against gay marriage) recently ruffled many a Mormon feather by saying that the Church should not have gotten into the Prop 8 fight. Now I wonder what the reaction, if any, will be towards those who disagree with the Church's stance on gay rights because it is too "liberal."

I won't try to use the "You're on the wrong side of the Church's stance!" card as a bludgeon to tell these people to change their views, even if it would work to my advantage in an argument, because that tactic is repugnant to me. Coercing people to believe anything is wrong, no matter the goal. Especially in the political realm, we need to understand that everyone will see things a little differently, the Church included. Birth control, abortion, and illegal immigration are other issues where I know there are good members of the Church on both sides of these issues (i.e. more liberal or more conservative than the Church's position) who disagree with the Church's stance. Don't just make appeals to authority to win an argument--if your ideas can't stand on their own, they must not be very good.

If someone doesn't agree with the Church (assuming an honest, non-confrontational disagreement) about something, especially on a political matter, why should that threaten you or me? Let's talk about it, let us reason together. Let's try out that persuasion, long-suffering, gentleness, meekness, love unfeigned thing. Let's be civil and respectful; Christian.


See also: A great article by Margaret S. Lifferth from the the May 2009 Ensign [how ya like that appeal to authority? ha HA!]
Posted by austin at 22:03 10 comments:

Of Dylan, Tevye, and Heavenly Mother

I was listening to one of my favorite Bob Dylan songs today, Shelter from the Storm, and thinking about how it reminds me of Heavenly Mother.

Aside #1: yes, I know, Dylan most likely wasn't actually thinking of Heavenly Mother per se when writing this song, but one of the beauties of Dylan is that his songs can mean a lot to a lot of different people. Aside #2: I realize that the third verse especially seems to be speaking specifically of a lover, but the other verses make it clear that Dylan is also thinking of a much more broad feminine subject. Bear with me...

There are two clear references to Christ in the song, one being a "crown of thorns" that the unnamed woman takes from the singer gracefully. And then, probably my favorite verse,

In a little hilltop village, they gambled for my clothes
I bargained for salvation an' they gave me a lethal dose.
I offered up my innocence and got repaid with scorn.
"Come in," she said,
"I'll give you shelter from the storm."

I see this as an expression of our Heavenly Mother's love and concern for, in this verse Christ, but throughout the song for all of Her children. Whether we've been hunted, whether we question, whether we're hopeless and forlorn, whether we feel there's a wall between us and Her, she (alongside our Heavenly Father) is still waiting, loving, soothing--offering us shelter from the storm.

So where does Tevye come in? I watched Fiddler on the Roof today as a cultural experience for my Biblical Hebrew class (which I recommend to everyone--aside #3?) and it came to mind too as I thought about Shelter from the Storm. At the end of that film, Tevye is acting like his youngest daughter is dead, ignoring her completely, because she married a gentile. Now, to be clear, I don't think that our Heavenly Father does that to us when we act against His wishes, but I do think that with our cultural baggage we tend to see father figures as more harsh, cold, and stoic. In the film, it is the momma who is willing to call out to the wayward daughter (and the oldest sister too, let's don't forget) rather than the father. I think it is sometimes easier for us to believe that a Heavenly Mother would forgive us and love us than a Heavenly Father--again, not because that reflects reality, but because our culture conditions us that way in many respects. The idea of a Heavenly Mother helps us remember that God is great, He and She encompass all good traits, whether here in mortality we tend to associate one with 'masculinity' and another with 'femininity.'

That is the feeling that comes through to me when listening to this Dylan song.
Posted by austin at 00:02 2 comments: